We’re very pleased to announce that our next show will be “Sunshine On Leith’ the jubilant, heartfelt musical about the power of home, the hearth, family and love featuring the songs of The Proclaimers.
The show will take place at Eastwood Park Theatre from 13th – 17th September 2022.

We held new membership auditions on 23rd & 24th April and welcomed 16 new members to our club so we’re going to have a great cast for Sunshine 0n Leith.

Tickets are on sale now and can be bought via members of The Minerva Club or directly from Eastwood Park Theatre Box Office online at https://www.ercultureandleisure.org/events/sunshine-on-leith-2022 or by phone on 0141 577 4956 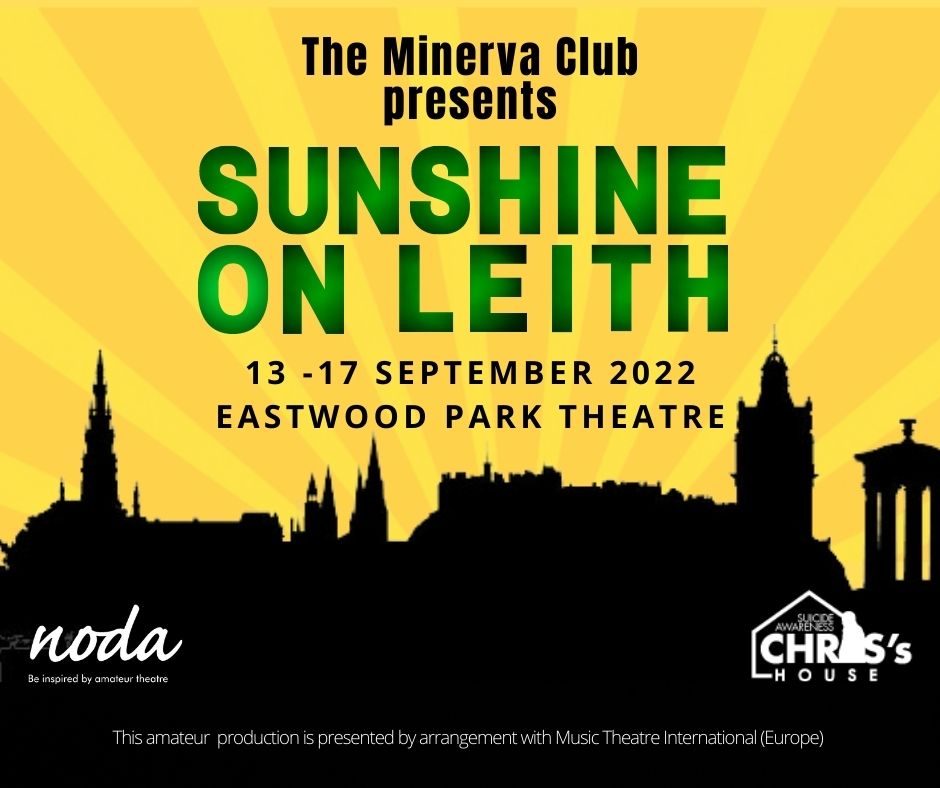 THE STORY OF ‘SUNSHINE ON LEITH’

Sunshine on Leith is a wonderfully moving story following the highs and lows of two young Scottish soldiers , Ally and his friend Davy as they search for nomality after returning from a tour in Afghanistan. Families, friendships and life are not all plain sailing in this funny and moving story about love and life.

Ally is keen to settle down with his childhood sweetheart, while, Davy gets a job in a call centre, and it’s not just the boys who are coming to terms with change as Davy’s parents going to war over the discovery, years on, of father’s infidelity.

Sunshine on Leith is a vibrant, energetic piece of musical theatre, loved by audiences and critics alike which had a successful film adaptation released in 2013 starring Jane Horrocks.

With a soundtrack from world-renowned performers The Proclaimers, featuring favourites such as I’m On My Way, Letter from America, I’m Gonna Be (500 Miles) and of course the title song Sunshine on Leith.